When I left last night, I poured myself a glass of red-wine, and since the other half was hogging the TV came back up into my home office.

I thought… “lets just have a poke around in the asterisk source code”, no real idea what I was doing, but a few glasses later, and looking at the clock to realise it was 2 am… 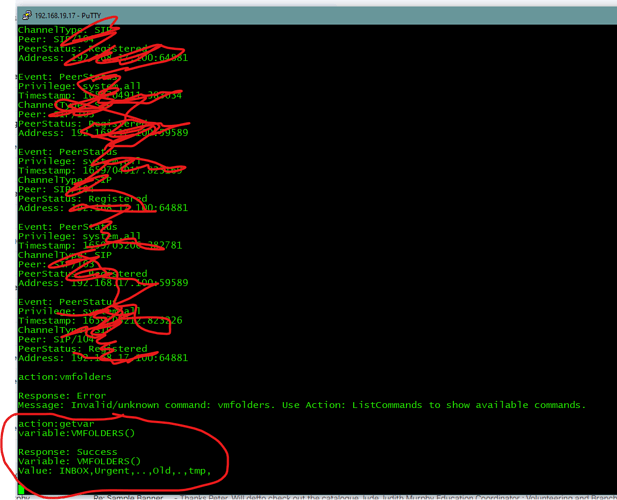 Now I have an understanding of how to write a “function” for asterisk, and now realise I can actually do this in the scope given for the project (Previously I thought it was going to take me a month or two to learn my way round the asterisk code base, hence why initially it was a no).

The moral of the story? - A good bottle of red usually solves these kinds of queries

Now I just need to dust off my plain old C skills that I’ve not used for a very long time, and break out my Analogue version of Google… 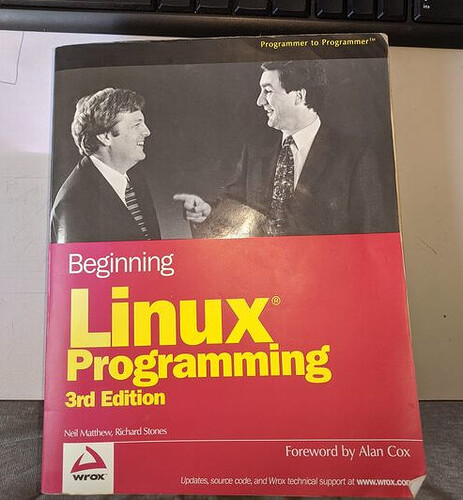 Despite the title “beginning” it’s actually a really useful and handy reference guide to file system and other functions.

Looks like you added a dialplan function, but an AMI action might be more appropriate for your use case.

… and . indicate current directory and above directory so you’ll want to manually skip those in your loop when you iterate over the directory.

Finding an existing example that does something similar and going from there is always a great way to get started.

The message metadata is stored in text files so you should be able to get the info you need from there (if you want info like the message length).

If you are planning on adding a new action or function, make sure to sign your Asterisk CLA and contribute it back to the project

I intend to share it back to the project, but I don’t have time to maintain it, so I’ll happily hand the code to someone else who can…

I have enough OSS projects that I’m already involved within the .NET & C# worlds

I really don’t think I have bandwidth for any more.

Let me get things working the way I think they need too first however, then we’ll take it from there.

Yes I wrote this as a function, and that right now seems to work both for dialplan and getvar actions, which accounts for easily most of what I need to do.

Well once I iron out the bugs I have anyway

PPS: this is what I have for the folders list so far …

Also personally, I think VM_FOLDERS might work better than VMFOLDERS (I know, there’s one of each way at the moment but things seem to be trending this direction)

I intend to share it back to the project, but I don’t have time to maintain it, so I’ll happily hand the code to someone else who can…

You’d be the copyright holder so you’d need to sign the CLA and upload the patch or comment that you approve of its being included by the terms of the Asterisk CLA.

Once it’s merged, there’s no “ongoing maintenance” required, just the work to get it merged.

Not sure what you mean by this exactly?

Yes I wrote this as a function, and that right now seems to work both for dialplan and getvar actions, which accounts for easily most of what I need to do.

Using Getvar to get this might work (although I’m not sure knowing what folders tells you), but not if you want to get the actual message metadata. There’s no sane way to do that with a dialplan function - you definitely need that to be a native AMI event.

Take a look at the manager_list_voicemail_users function in app_voicemail.c. That should give you an idea as to how to make an AMI action/response. You can copy it and start hacking/modifying at it to do whatever you want. Don’t forget to register/unregister it at module load/unload with the other manager stuff.

Not sure what you mean by this exactly?

Which files can I use as a template to make a manager action (I butchered func_sysinfo.c to make the function) similar and easy to understand one for AMI?

Which files can I use as a template to make a manager action (I butchered func_sysinfo.c to make the function) similar and easy to understand one for AMI?

app_voicemail contains manager actions - look at the function I suggested earlier, for example.

AMI events and actions are not standalone, unlike dialplan apps or functions, they are typically embedded into some larger module to provide AMI integration.

ahhh gotcha. SO in my case, I could write functions for folder list, file list and message details, then embed an asterisk manager action into those same code files…

I think the normal place would be in the voicemail application module.

So just a little update.

Not expecting anything to happen, I made the “Filename” header a full path and name to a VPS system message file, and lo and behold…

So it would appear that all I need is folder and file lists, because existing functionality gets me the file lines

I took this a little further, it appears as long as the target file is the same section/kv format as asterisk, that asterisk can read pretty much any config file on the server!

I’ve unlisted this topic for now due to that. Go ahead and create a security issue on System Dashboard - Digium/Asterisk JIRA and we’ll decide on whether it’s a security issue or not. As it is it requires AMI access with specific classes, and the user Asterisk is running as has to have permissions to the files. With this level of access as well you could reconfigure Asterisk to be wide open. The permissions allow… a lot of ways for an attacker to do things, aside from what you’ve found.

@jcolp no worries. I can remove the posts if you wish.

I was thinking to myself last night, that a good fix would be to look at the ownership on the files and if not asterisk:asterisk then refuse to read the file.

The ability to actually read the VPS message info files, is actually very useful (As you’ll see from the thread preceding my recent comments), restricting asterisk to only reading /etc/asterisk would prevent this.

That said, I have actually gotten my manager extensions working, but I don’t have time to contribute it as an official addition to the project at the moment as the project stakeholders need me to finish the work on their project.

My extension do have a vps txt file" read routine that only allows VPS file access and nothing else.

I’ll raise it as a security issue as per your request.