I have a specific conference scenario with recording in a production environment where for a conference with two participants are used two bridges. Each participant is connected in one bridge and RTP flows between the bridges. In this way, any participant will be able to control their own call recording.

When both terminals mute the audio, I can see that a periodic noise is added by the bridges. 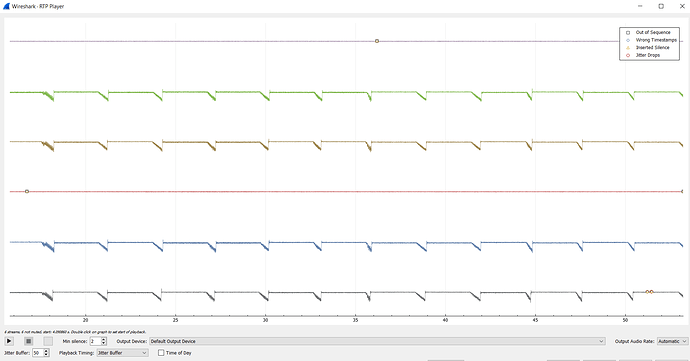 In the image, we can see that the noise is incremental, but the bridges seem to have some kind of protection that when it reaches some threshold it goes back to zero (Can I set this threshold?).

What is the cause of this periodic noise?
Is there any configuration on the asterisk that can I try to fix this behavior?