The phone obtains its extension number and everything correctly.

However, when pick up the handset, it auto dials 800.

Any ideas how to stop this? cannot see any settings in Switchvox or on the phone directly itself.

Any ideas would be appreciated, thanks.

Switchvox it is a commercialproduct not supported on this forum, but it looks that on the provisioning phone get a dial plan who instruct the phone to dial such number 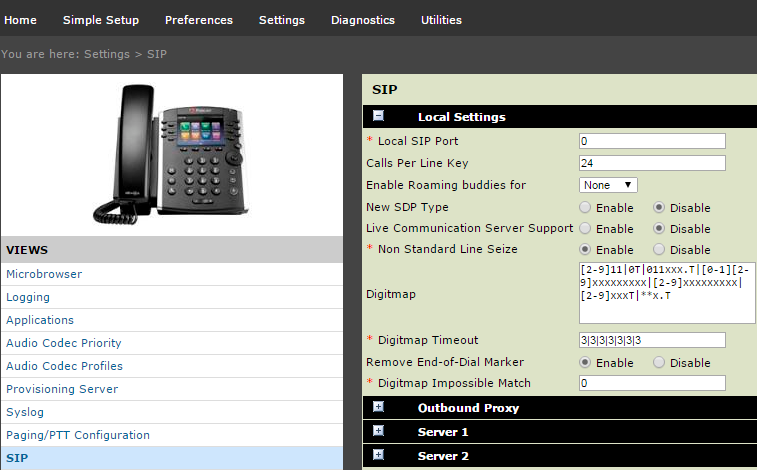 [FAQ] Unable to Dial number if Off Hook or on 2nd Call in a Conference or...

Polycom Phones are delivered with a pre-configured USA / North American Dial Plan the phone will not allow certain dialing patterns.   A digit map is defined either by a “string” or by a list of strings. Each string in the list is an...

If the phone’s auto-dialing 800, then there’s probably some latent config on the phone or otherwise being sent to the phone instructing it to do some form of PLAR. The phone is the only thing that decides to make a call, Switchvox (Asterisk) just waits for the endpoint to send an INVITE. So, have a look at any autodial/plar settings for your handset and make sure that the dial / digit plan being used on the phone isn’t such that 800 might be dialed automagically.

I’m not Switchvox support. The above posting from @ambiorixg12 still stands.